At Chichibu Shrine (Saitama Prefecture), renovation of the main shrine, a project to celebrate the 2100th anniversary of its founding, is being carried out on a large scale over a period of about five years starting in 2018. At this time, a project was launched to replicate and dedicate the "Tsunagi no Ryu," a painted wood carving created by “Hidari Jingoro,” famous for the "Sleeping Cat" (Nemurineko) of the Nikko Toshogu Shrine. 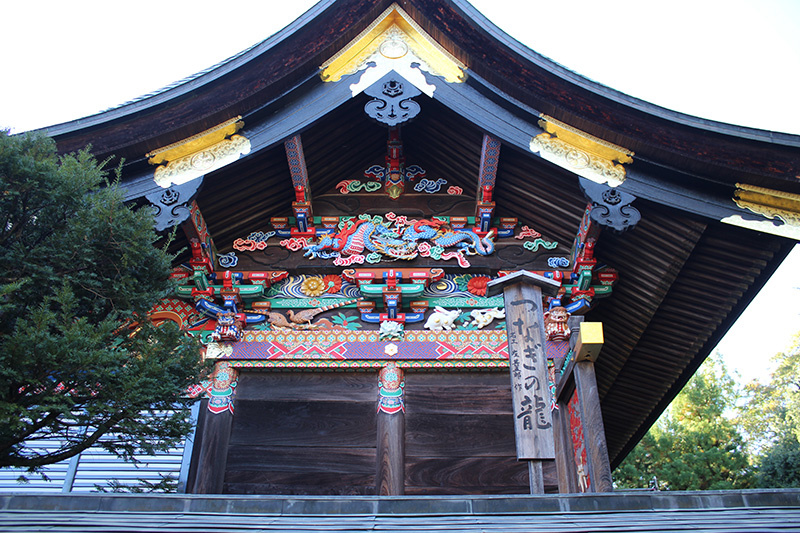 “Tsunagi no Ryu” by Hidari Jingoro, property of the Chichibu Shrine 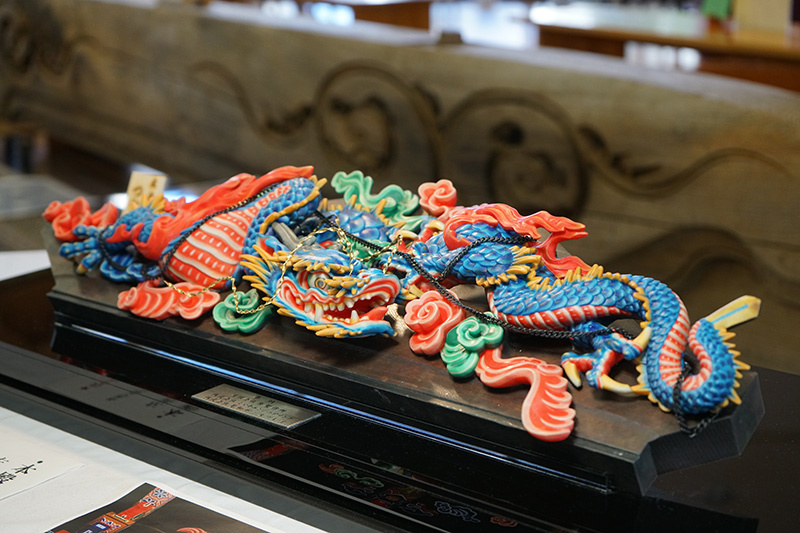 The replicated "Tsunagi no Ryu"

"In the Edo period, the blue color of the dragon was colored with mineral pigments made of crushed natural stone, so it was difficult to reproduce. It took a lot of trial and error," said Yosuke Hara, president of HARA SEISAKUSYO Co., Ltd. Using high-precision full-color 3D scanning technique, the "Tsunagi no Ryu" was scanned 360 degrees and converted into 3D data. The 3D data was 3D printed by Mimaki Engineering's full-color 3D printer "3DUJ-553" to create a 1/5th size replica of "Tsunagari no Ryu". The printer uses over 10 million colors to accurately reproduce full color 3D data..

In general, the protection of cultural assets is often done by hand. For this restoration, no manual work such as carving or hand-painting was done. Instead 3D data and 3D printing were used. 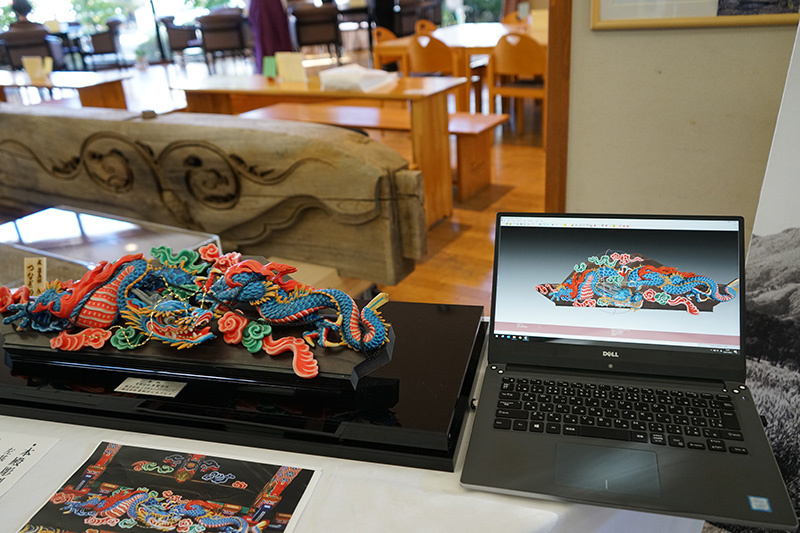 Passing on cultural assets of the Edo period to Future Generations

Mr. Hara added, "There are many things in the world that are called cultural assets. We don't know when they will disappear due to natural disasters such as earthquakes. That's why I would like to archive them as 3D data first, then preserve and leave them behind. I think the data will be a good starting point for restoration, so I would like to make use of the 3D scanning technology in this way." 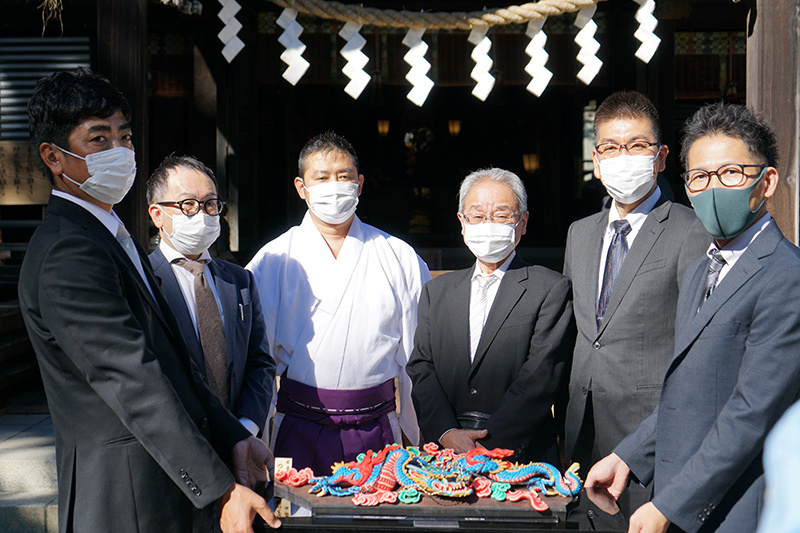 Getting close to objects once only seen from afar

Mr. Sonoda, Gonguji (deputy representative) of the Chichibu Shrine, said regarding the replication work in the project, “This was our effort to record the 400-year-old technique of Hidari Jingoro by means of the modern 3D printing technology. It was also a challenge in terms of “to what extent the sophisticated technique of the initial period of the Edo era can be reproduced using the 3D printer.” Normally, I am only able to view the original from below at the foot of the shrine pavilion, but now that I can closely inspect the replica from every angle, I have a renewed recognition of its perfect color expression.”

The replica of the “Tsunagi no Ryu” dedicated to the shrine is displayed as a special exhibit at a hall in the shrine compound. 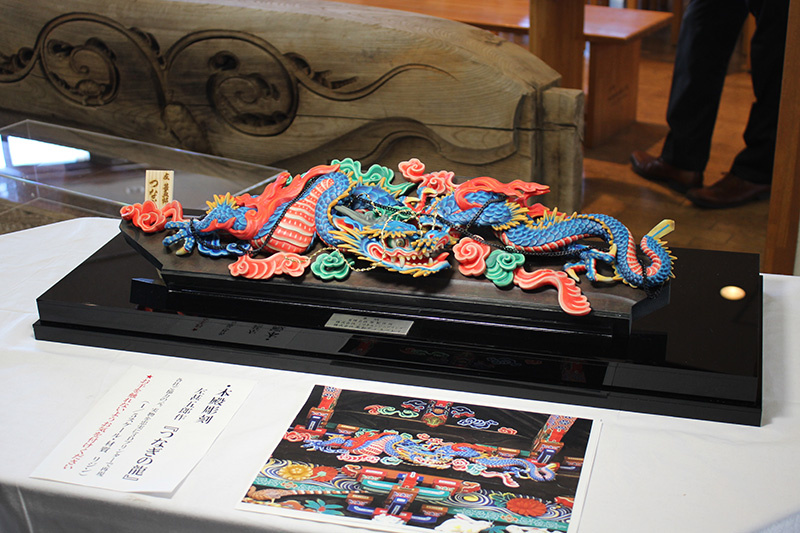 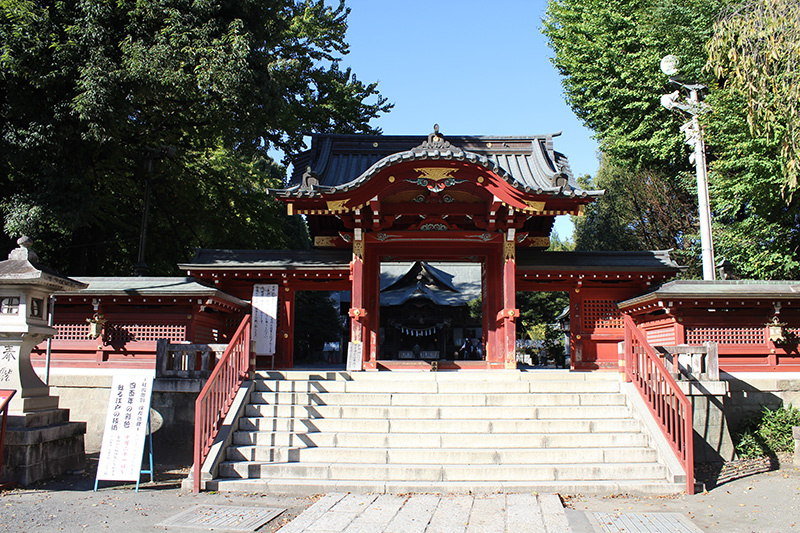 Products used in this project